Should misogyny be classified as a hate crime?

Posted on September 12, 2016 by Louise Burfitt-Dons

Just as feminism put domestic violence on the map in 1970s, so should it be a voice to raise awareness of modern crimes against women in 2016.

Harassment of women in the streets, on buses and tubes is a problem and a growing one. I have seen it for myself and certainly heard about it from young women who have to work in the city at night as part of their job .  Working late, whether it be as a reporter on a radio show or a cleaner of an office, is now expected as part of an average working contract. Its also a part and parcel of the way of life women campaigned to live when they signed up to the feminist dream. 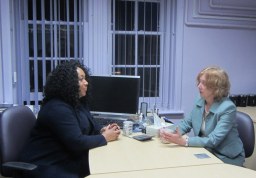 Visiting the Rape Centre in Nottingham

The move comes after police in Nottingham, where I stood as a Parliamentary Candidate last year, trialed a scheme to reduce this type of misogynistic crime. It launched 20 investigations in the first two months alone.  I agree with campaigners like Laura Bates of Everyday Sexism that  this type of behaviour is becoming normalised.

It is also intolerable to have nine and a ten year child in school uniform sexually abused and for parents to worry their daughter is going to be raped by a classmate.  Something is very wrong when this sort of incident is taking place in a civilised society where women have better rights than probably anywhere else in the world.

However some of the problem with dealing with this issue lies with some of the campaigners who have been calling for this for a while. For example, crimes against women have not always been helped by radical feminists. The call out culture that has been encouraged by them has now made it that anyone who reports real sexist abuse is judged on the standards of a group of women who seem completely intolerant to male behaviour of any type.

So should misogyny be classified as a hate crime, which will  give police the vital tool they need to address the problem? Or will it just lead to a spate of complaints about wolf whistles and a further dampening of the free spirit we enjoy here in Britain.  Let’s hope not.